In an effort to reinforce our host culture – our house system will be named after 4 of the Norse Gods. It is important that every house member knows the history of their respective house and the origins of the God.

Each House is identified by a colour: Buri (blue), Heimdal (yellow), Skadi (red) and Tyr (green). Houses will eventually be lead by Student Leaders elected by their peers. For the first year we will assign members and leaders to establish routines.

For students the House System provides:

House competitions and cups that give students the opportunity not only through sports, but through other social and academic fields also.

The House of Tyr 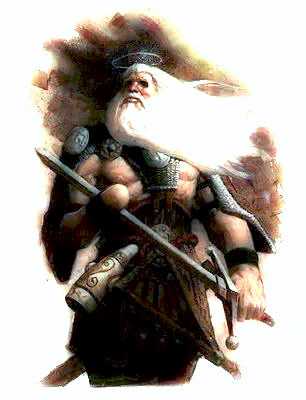 Well what can we say about Tyr - he was the ancient God of war and liked to show how tough he was.

To prove how brave he was he kept the 'untamable' beast Fenrir as a pet. Fenrir was basically a giant wolf that was very, very angry. Some believe Fenrir to be the son of Loki - which would explain his behaviour!

Well one day Tyr decided to put his hand in Fenrir's mouth as a gesture of goodwill and surprise surprise, as you can see above, he now only has one hand. Not to worry - Fenrir is now locked with a magic chain made by dwarver, chained to a stone one mile beneath the earth.

People cant seem to agree on who Tyr is - some say he is Odin's son, some say he is actually the father of all Gods - and some believe he used to be a pillar of the universe.

I think we can all agree that, even though a strong warrior and powerful God, he's probably not too bright.

The House of Heimdall 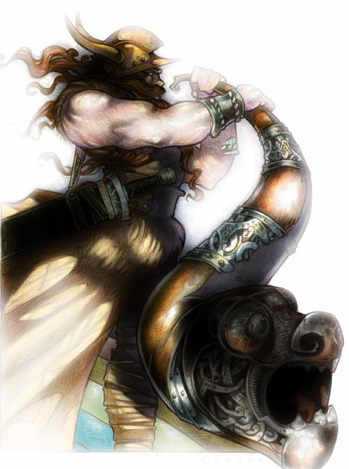 Sentinel God of Light, Security and Surveillance - and he likes his bling.

Why bling? Well, it is said that his horn, Gjallarhorn, was made of gold. His horse, Gulltoppr apparently had a golden mane and if that doesnt convince you - he had golden teeth!

Well maybe he earned it. Bcause Heimdall kept watch on the rainbow bridge - he kept the Gods safe and was always on the lookout for the arrival of Ragnarok.

Old Heimdall is quite the popular God - and Loki doesnt like him very much. I guess that is why he is destined to fight Loki during Ragnarok. Not the first time those two had a fight. Mind you the first time they were both disguised as seals!

The House of Buri 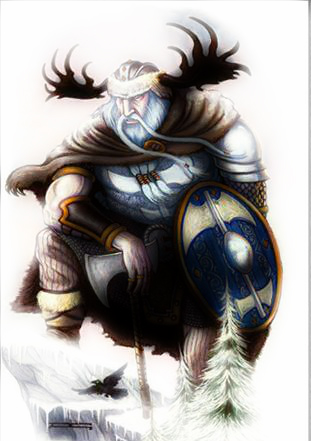 Buri was the First God, who appeared in the icy wastes of NIFLHEIM. We know his grandson very well - Odin. Yes, thats right. Buri is Odin's grandad.

There's not an awful lot known about Buri. One thing we do know is that he was apparently formed by a cow, called Audhumla, licking away at salt ice (the cow belonged to Ymir - who was the first frost giant who wandered the plains of emptiness with - his cow).  As she licked at the ice blocks the shape of a man was formed. Buri later had a son called Bor - and Bor had 3 sons called Ve, Vili and Odin.

We don't know much about his life, but ruomour has it that his wife was an ice giantess. 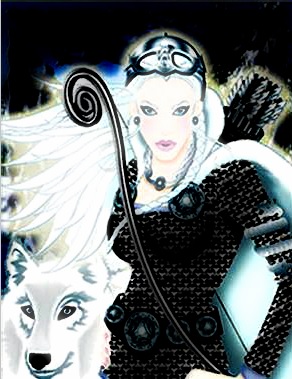 Skadi is the giant winter Goddess of Skiing and the wife of the sea God Njörd. Skadi is also the Goddess of vengence, justice and righteous anger. She is also a master of the bow and the Goddess of hunting. So all in all Skadi is well able to look after herself!

Apparently Skadi was made choose a husband by looking only at the their feet. She chose Njörd, thinking that his feet were the feet of Balder. So it goes to show you shouldn't choose a book by its cover, or its, emm, feet.

Rumour has it that she is the God responsible for sentencing Loki to the underground with a snake dripping venom on his face for all eternity as payment for all his crimes. Ouch!

The House of Freyja

The house of Freyja is a new addition to Asker International School in August 2016. Thie God was voted in by the students to represent a new house. Freyja is  member of the Vanir tribe and is known as the goddess of love, beauty, gold and war.

Rumour has it she is strong, beautiful and wise and is also the protectress of the human race.